Hulu vs Netflix. which is better Hulu or Netflix in 2022? 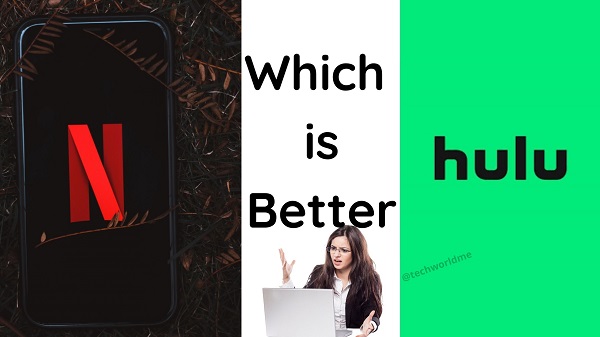 Netflix or Hulu are undoubtedly two of the most popular online streaming services. Hulu Plus has a smaller collection of films and a more significant number of current-season TV shows than Netflix.

Netflix is ideal for film enthusiasts and families alike. Fans of Netflix will cite its high-quality originals, such as The Witcher, Stranger Things, Ozark, and others, and various documentaries, such as Cheer and The Last Dance, among others. It also has a significantly larger subscriber base, with over 230 million subscribers.

On the other hand, Hulu is ideal for television enthusiasts. With approximately 45 million subscribers, Hulu provides HBO and other premium channels not available on Netflix.

Only a few platforms can match their value due to their exclusive content and affordable monthly fees. It begs the question: which is superior?

Let’s look at Hulu vs Netflix to decide which subscription service is the best and worthy of your money.

Hulu is the definite winner in terms of price. Its cheapest plan is $4/month less than Netflix’s, so there’s no denying its affordability. Even better, Hulu still provides a one-month-long free trial. Netflix no longer offers a free trial, so it is no longer possible to evaluate the service before subscribing. Netflix has a higher starting price of $8.99 Basic package. However, Netflix is free of advertisements, while Hulu’s ad-free package costs $11.99.

The $8.99 Netflix plan does not include Full HD streaming, exclusive to the $13.99 and higher programs. Hulu’s $5.99 per month plan supports up to 4K streaming resolution.

The Netflix Premium plan with 4K streaming costs $17.99 per month and includes all available features.

When deciding whether to subscribe to Hulu or Netflix, the most important factor is content. Both services offer many movies and television shows, but their focuses differ. Netflix has a strong emphasis on original content. It includes well-known shows like  Stranger Things, Squid Games, Queer Eye, Unbreakable Kimmy Schmidt, Big Mouth, and Ozark. Each year, the company invests well over $10 billion in original content. Even though not all of the company’s productions are hits, quality shows are abundant in various genres.
Hulu has an advantage over Netflix in network television. The streaming service has access to stream new programs the following day. This grants it accesses to numerous popular television programs. The X-Files, ER, Futurama, and Firefly are among the old and new hit television series available on Hulu. Typically, Netflix releases an entire season of a particular show at once, so you must wait longer to begin watching.

The Handmaid’s Tale, Only Murders in the Building, and The Great are the famous original Hulu series. Hulu offers more network TV programming making Netflix superior in original content. Both services provide a vast selection of films from various genres, so there should be something for everyone.

Streaming Quality of Hulu vs Netflix

Netflix needs a minimum internet connection speed of 3 Mbps and 5 Mbps for HD quality.  You will need 10 Mbps for HD concurrent streaming.

Devices on which Hulu and Netflix are available:

Netflix and Hulu are available on almost any device.

Netflix has a library of over 100,000 titles, the number of individual television episodes. Netflix does not disclose the size of its content library because, according to the company, it fluctuates as title availability expires and new titles are added.
Netflix does provide a selection of foreign films and foreign television series. The acclaimed British series Downton Abbey, Being Human, and the Norwegian drama Lilyhammer are among the most popular.
It is approximated that Hulu’s library contains over 43,000 episodes of television from 1,650 series and over 2,500 films.

Netflix permits simultaneous streaming on up to four devices, depending on the chosen plan.

Hulu’s base plans permit simultaneous streaming on two devices, with the option to upgrade to unlimited widgets on your home network for $14.99. However, even with this upgrade, you will be limited to three concurrent streams on devices outside the home.

Netflix and Hulu allow you to create five and six profiles through your account. It will enable you to save and keep track of the shows and films you watch while their algorithms calibrate your preferences to provide more relevant recommendations. Focusing on children, Hulu allows users to set restrictions via their profile to prevent their feed from displaying inappropriate content.

You can also adjust parental controls and manage viewing options in Netflix’s settings.

Netflix and Hulu, arguably two of the largest or most well-known streaming services,  perform differently.
Netflix is much faster and more efficient in performance than Hulu. Netflix is ad-free, whereas Hulu ads cause significant distortion to the viewers.

Hulu strives to stream constantly on most devices, whereas Netflix is more flexible in adjusting the picture quality based on the connection speed.

For instance, if your connection speed falls below a certain threshold, Hulu will continue to stream low-quality videos. On the other hand, Netflix will constantly switch between HD and SD quality based on the circumstances.

Due to how Hulu handles streaming, several unique issues can arise when using this service.

It is impossible to determine the ultimate victor between Hulu vs Netflix. Even though the two streaming services share a similar premise, they are vastly distinct in many ways. Choosing the exemplary streaming service involves several factors, including your budget, the types of shows you like to watch, and the number of simultaneous streams you require.