How To Top Sites 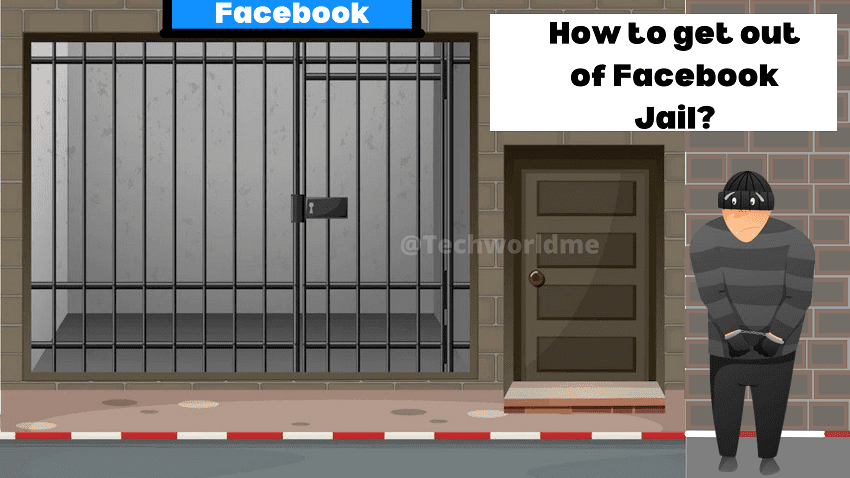 Facebook is regularly releasing their new rules or community guidelines to prevent spam. In current times Facebook is more popular to promote our products & business. Many people use Facebook to promote their products or services by sharing a link. Due to the bunch of many links, spam started increasing on Facebook. That’s why Facebook released new rules or guidelines to stop spam. If anyone can’t follow the site rules or regulations then Facebook will block (Jail) the users permanently. Then the question comes of how to get out of Facebook jail. Let’s find out and get rid of this problem.

How to check if you are in Facebook jail?

To check whether you are in a Facebook jail or not there is no software or any type of accessories that tell you, you are facing facebook jail or something else. If you are not able to post any other then just know that you are in Facebook jail term. You violated or disobeyed the facebook rules or guidelines and facebook short banned you. Use the below points to use Facebook in a smarter way and avoid Facebook jail.

Use URL shortener on your page, bio or post

When we post or add the same links multiple times on Facebook then Facebook detects the URL as spam. The best strategy is to add links by shortening methods. You can use URL shortener sites like goo.gl (Google URL Shortener), bit.ly and shortURL to avoid marking your URL as spam on Facebook. URL shortener tool shortens your original URL and changes it to a new one. So that your original URL is safe.

This is a very important tip because if your profile is incomplete then the program thinks of you as a bot. Or when you created a Facebook page without your profile completed then it’s hard to understand who you are. A good or completed profile with about a section attracts the users more towards you.

Mark these tips as important to avoid searching on how to get out of Facebook jail. According to Facebook 5 to 6 posts daily is enough for every person. Don’t provoke any users to visit your site or something else. Check the time when your followers are active and at that time sends a post by taking a few minutes break but not more than 5 posts.

Now as I already told you facebook detects every activity on your account. If you act like a spammer then facebook marks your account as spam. Connect only those people who really know you. Don’t send anyone a friend request if you have no connection. Sending too many friend requests will mark you as spam.

If you send a friend request to a person and he or she rejects then after some time you, again and again, send friend requests to the same person then facebook detects your behaviour and marks you as a spammer. The other way to avoid Facebook jail is not promoting your business page through a post or comment or any method.

Beware of haters, if you don’t want to search how to get out of Facebook jail or something else. Because they play dirty games and mark your Facebook account as spam. Few competitors do this to beat their competitors. To save your account from this type of activity just block the user or report facebook via the contact section.

This is also a very important point to avoid Facebook jail. Facebook hates the people who create fake profiles or multiple accounts. Let’s see what type of activity facebook hates:

If Facebook finds any person who doesn’t match with these guidelines then you have to face facebook jail.

Take a break from every activity

Facebook reads your every activity and when it sees you doing this type of activity then it will give you a short cool-down break. But if you do the same activity many more times then you have to face facebook jail for a long time period.

Plagiarism is also a big enemy for you. Because of this, you could also face Facebook jail and be forced to search how to get out of Facebook jail. If you don’t know what plagiarism is then I will tell you. Plagiarism is a word, which we use when we see any copied content or copied blog. This word is used a lot in SEO.

If you simply create your own post and send it to any Facebook group by taking a time gap then it’s fine. But if you copy someone’s post then the chances of you facing facebook jail is high. This rule is applied the same to images, some images on Google are marked as spam because it’s shared too many times. If you use the same image then the result is maybe you also face Facebook penalization.

If you don’t know someone then, don’t tag them on your post. If you don’t know a person, and he or she tags you in his post, then you also feel annoyed. According to Facebook, if the person is with you in a post or photo then you tag him otherwise if you are solo in the photo then don’t tag anyone. Tagging random people will get you in trouble in Facebook virtual jail.

Can I use Facebook messenger if I am on FB jail?

So, the answer is “NO”. If you are in Facebook jail then you can’t send a message or reply to someone’s message on Facebook.

How many users are facing or in Facebook jail?

Basically, there is no answer to this question because Facebook keeps it a secret and doesn’t list how many users are currently facing Facebook jail or have faced jail before.

If you already faced a Facebook ban and you don’t wanna again to face it then you have to:

If you don’t want to get in trouble and are searching for how to get out of Facebook jail then follow our tips carefully. Facebook is improving their community while also making its rules and restrictions more stringent. If you don’t follow the rules then you have to face a Facebook soft ban.

Every user does many such things on Facebook that Facebook does not allow and when he crosses the limit more often then he has to face the soft ban of Facebook. So, if you don’t want to face facebook jail then read our best strategy to handle this type of situation.

What can’t I do if I’m in Facebook Jail?

How to Choose the Right Editor for Your Book?
November 8, 2022

The Complete Guide to 100GBASE-SR4 Optical Modules and Why They
November 4, 2022

HOW TO WRITE AN EFFECTIVE AND UNIQUE PRODUCT DESCRIPTION?
November 1, 2022