Game Pigeon Hacks – Auto-Win Every Game & Beat Everyone Without Any Efforts. 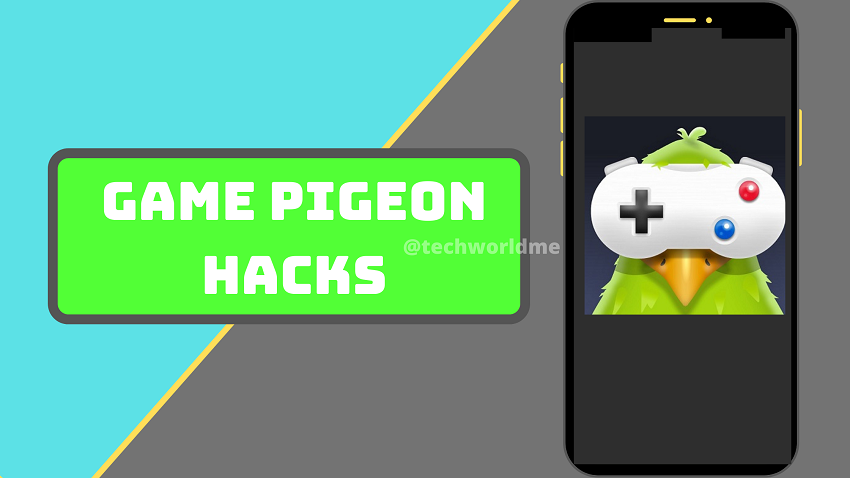 If you know what the game Pigeon is then it is good if you do not know then I will tell you that this is an iMessaging game that you can play with your friends. We have already written content related to this, in which we have told you how you can install Game Pigeon and also how to delete game pigeon on your iPhone.

I know if you have visited this site then you already know the game Pigeon is but I was just trying to clear a few people’s doubts. You are reading our blog. It means you know what Game Pigeon is and looking for Game Pigeon Cheats or Game Pigeon Hacks to defeat your friends.

Playing with friends is different fun and it becomes more fun when we are winning all the games and matches and making fun of them. So without wasting time let’s start and find some real Game Pigeon Hacks or Game Pigeon Cheats.

It doesn’t matter if you don’t know the game perfectly, knowing the simple rules of the game is enough, but by using these hacks, Your victory is certain.

So in this article, we will discuss the Game Pigeon Hacks which are 100% working. We have personally used it with our team and it is working.

This trick is very easy and anyone can use this Game Pigeon Hacks on their iPhone device. All you need is a second phone in which you can use the trick. If you are an expert in multitasking i.e. you can do two things at once then it will be easy for you, all you have to do is play the game on one phone and search the Word Unscrambler website on the other phone.

Now when you play the game you will be shown some words for example “STRWECGH”. Now you have to go and type this same word on your second phone in which you have opened the Word Unscrambler website. This website will show you all the words similar to this word, just quickly enter the words in your Anagram game and beat your friends. This is also tested and verified Game Pigeon Hacks. Enjoy your Anagram!

So you don’t need to do anything to win every single match of this game, just use these Game Pigeon Hacks and see magic. You just need another phone. Open the word hunt game on your iPhone and when it opens it will show you a grid of scrambled words, all you have to do is go to the WordHunt solver website on the other phone. And you have to enter the letters on this website in the same order in which the words are in your Word Hunt game. This website will show you the patterns of words by which you will be able to win your game with a high score.

Everyone loves to play dart game, although I have played this game only on the phone and not in reality. Forget me, you just have to make a new gesture to win the dart game. Let me tell you how to do it.

Touch and hold the screen and move your thumb up without even lifting it. Save this gesture on your device by entering any name. Now open your dart game and come back to settings in Assistive touch and then choose custom then tap on your saved gesture. And done, When you throw a dart there is a high chance you get a high score. Just make sure that you have created your gesture properly. If not then don’t worry you can create or delete gestures many times.

The cup pong game is one of the favourite games of many people in Game Pigeon and it is my own favourite. It becomes a lot of fun to play this game with hacks. Trust me, after using it, you will rate it as the best Game Pigeon Hacks. In this game, you just have to throw more balls into the cup than your opponent. If you throw more of your balls in the cup then you are the winner.

There is no trick to win every single match in 8 pools, just tips that you can use to win the whole game. Not sure, so let me tell you what to do. Use these tips on your game and see the difference yourself.

These games we mentioned above are very popular that’s why we come up with these Game pigeon hacks. This trick is used by our team also and it’s worked well. This game Pigeon Hack is absolutely free and safe. On this, you will not even have to use any third-party apps. We will gradually bring more game pigeon hacks and add to this content. Follow these tricks exactly and enjoy winning every game.